When You Find Strength in Doubt 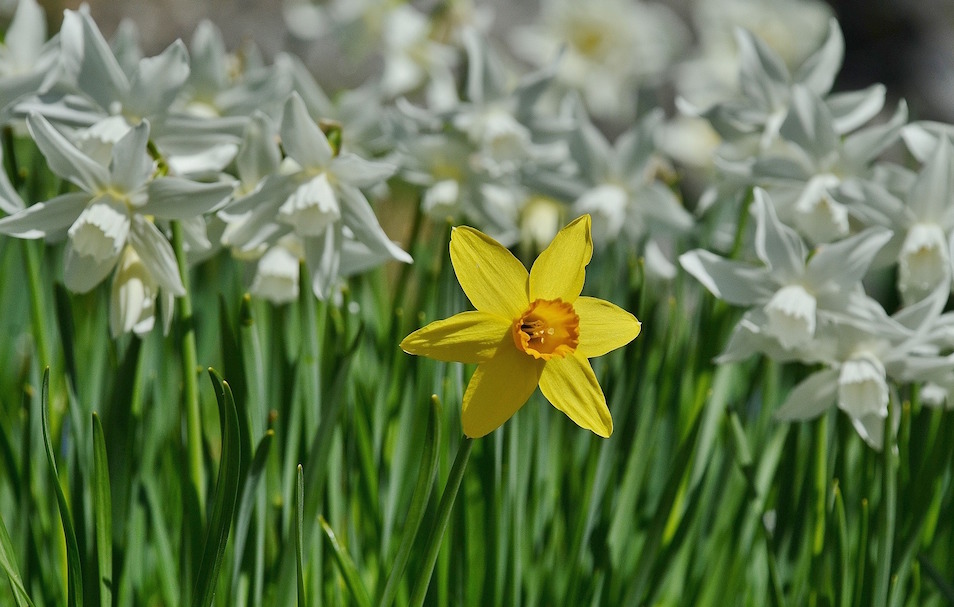 WILA is a socially conscious non-profit organization, and as such is not affiliated with any religious organization. WILA recognizes the important role religion and spirituality play in the lives of many, and celebrates the many religions practiced in Los Angeles, and the U.S. as a whole. WILA is releasing this blog in conjunction with the national holiday of Easter, a holiday traditionally celebrated by adherents to the religion of Christianity. Any views expressed in this blog do not represent those of WILA.

The knock on the door was louder than he expected. It thundered in the crisp morning air, rattling the walls of the small house as it made its way to his little room in the back. Sleep had for days eluded him as he waited for this moment.

His heart beat in his ears as he turned in the bed and placed his feet on the cool floor below. Constant anticipation had done little to prepare him.

He thought about running. He carved a path in his mind through the rows of houses and out to the sun-drenched highway past town. But who would tend to his family if he left?

He didn’t want to run. It’s just that he had no answers to the questions lingering outside his door.

He grew up in this house, and as a child he used to run in the streets and worn down patches of land that wound through the neighborhood. For hours he would play in the sticky summer air, until the cool breeze came in off the sea and brought with it the close of day and the mystery of the night.

The world made sense then. But these were uncertain times. Depending on who you talked to, this was either the end of hope and change, or the beginning of something great. He didn’t know what to believe. All he could tell was that, to him, things had never felt so fragile. So precarious, as if balancing on a knife-edge.

As he sat on the bed, his mind traced back over the last few days. The same friends with whom he had explored these streets and devoted his youth had all but shunned him. Their minds turning from play to politics. The nearly dozen of them had urged him to pick a side. But he knew they only wanted him to pick their side. He couldn’t understand how things so foggy and complex to him appeared so clearly to them. They seemed so confident and self-assured. But he felt apprehensive.

Where was the world headed?

He stood, and pulled on his coat before going over to the door. As the sound of the crowd outside began to shuffle into his mind, he could feel the certainty of his isolation. He reached for the handle, and in that moment felt himself reaching for an ally. Someone to come alongside him and help him comprehend the color of his thoughts. He longed for someone to sit with him for a moment. To help him stop the crashing of the waves.

Sunlight struck his face as he opened the door. Familiar but unfriendly faces populated the street outside.

Little did he know that as he stepped out of his home, he was also stepping into history. For thousands of years, people would remember this man and this moment. And millions would criticize his uncertainty. They would claim that he lacked faith. That he was weak. But in his mind, it wasn’t weakness that made him pause. The weak aren’t able to stand tall in this turbulent world.

Where some could simply believe by hearing, he needed to feel the thing. Turn it over in his hands, get a sense of its weight, see it before him. It takes a mountain of courage to resist the tides of society and patiently wait until one can understand which of the news stories are real and which are fake.

And so, when people came to Thomas telling him about this man from Nazareth who had been dead but was now alive, he needed to see the man himself. Thomas resisted picking a side until he could be sure. It was out of virtue that he waited. But the other eleven called it something different. And for centuries, this man who had the courage to stand alone, would be forever remembered by another name: “Doubting Thomas.”

But in his mind, it wasn’t doubt. Thomas just couldn’t bear the pain of disappointment. Thomas resisted the stories out of compassion for himself. In those uncertain times, Thomas didn’t need people telling him the meaning of things. What he needed was to experience something meaningful.

And maybe that’s what you need too.

It can be hard to find meaning in today’s world, just like it was for Thomas during the first Easter. One can feel overwhelmed by what seems like constant instability. But unlike Thomas, you don’t have to struggle alone to find meaning and purpose. At Wright Institute Los Angeles, we can help you find the stability you might need in this turbulent world. Working with a compassionate therapist can help you pause, reflect, and understand what this life means to you.

I’m Kyle Kermott, one of the therapists you could see at Wright Institute Los Angeles where we offer Affordable Therapy for Everyday People!

Kyle is a doctoral candidate at the American School of Professional Psychology, San Francisco Bay Area. He has training working with adults and college-aged individuals on numerous issues such as anxiety and depression, relationship troubles, difficulties related to life transitions, and identity issues. He is passionate about psychoanalytic psychotherapy and working with his patients on discovering a life that feels real and authentic.