Hope — Friend, Foe, or a Little Bit of Both?

Hope can be a driving force as well as a painful part of life. How can we work best with hope? 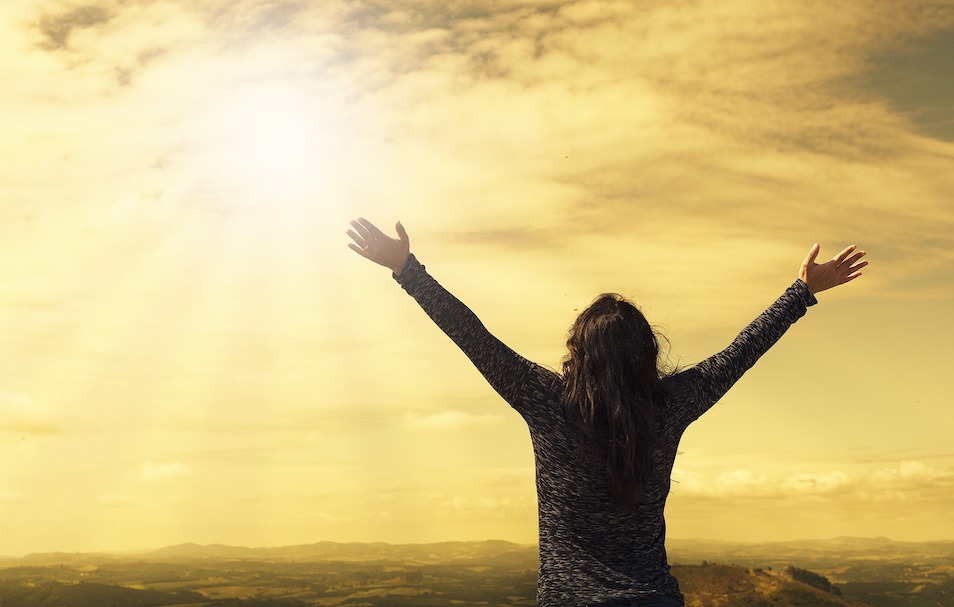 Hope — not as simple as it looks.

Hope sounds very simple! We all heard it and we have all been encouraged to have it, feel it, maintain it. In certain periods in our lives, we seem to lose it — it might manifest through difficulty to get up in the morning or a sense that life is dull. In other periods, we might actually be discouraged from it, for example, when someone makes a comment such as “it’s too good to be true” when we share some of our aspirations.  Some positive thinkers, on the other hand, encourage us to have infinite amounts of it, without limitations!

And so, even if it might seem simple, the more we study the concept of hope, the more complicated it becomes. A scenario of such a complication might be when we work hard towards something and have a conscious hope that we will accomplish it, but then “unintentionally” self-sabotage. In other words, we might experience hope on a conscious level, but might at the same time, less consciously, trip ourselves for a fall when we get close to success.

I think that overall, there are two ways in which people see the concept of hope — either as a dangerous thing or as a driving force. After we review hope from these two points of view, we will discuss a potential third way to see hope in our lives.

Think of a time when you first met someone new and got all excited, only to have your friends start telling you “not to get your hopes up!” Or when you came up with a very exciting business plan, and as soon as you shared it with someone, they immediately dove into pointing out its flaws. In both examples, we might get angry with our friends as criticizers of our newly found hope! We might even accuse them of jealousy, or we might call them “negative” people who can’t imagine anyone succeed in life. Their critical comments become like a spear stabbing our hope in the heart!

What is it that makes hope seem so dangerous to some people? I think it’s in large part because disappointment can be much more painful than hopelessness. That is to say, living in a state of hopelessness is distressing, and sad, and excruciatingly boring, HOWEVER, the pain created by disappointment could actually cause the organism to collapse. This, in turn, makes it safer for many of us to not hope.

An additional complication here is the discomfort or anxiety that might creep up when we actually get what we want. As Oscar Wilde put it: “There are two tragedies in life, one is not getting what you want, the other is getting what you want.” For example, when you finally get to that one million dollar mark in earnings or at last marry the love of your life, you might find yourself the next morning asking, “now what?”I n other words, it seems that both the fear of disappointment and the fear of becoming goalless can make hope look dangerous and success sound scary.

I believe that you can’tever achieve something in life unless you first imagine it and next develop the hope to reach it. In other words, hope can be seen as our trust in our abilities to accomplish tasks, which then helps us in taking the steps needed to reach a particular goal. Therefore, I believe it is safe to say that there would be no movements without hope, and even those of us who might seem the most “hopeless,” must then possess some hope when they drag themselves out of bed, even if it isjust to get something to eat.

This idea that hope can be a driving force to do great as well as mundane things perhaps explains the appeal of inspirational speakers, as they can inject us with the energy that can help us enjoy the excitement of movement!

In a similar vein, there is an old Persian story about a man who was tied to a pole to be executed. The executioner had asked him if he had one last wish. The man then simply asked to be tied to another pole. This had delayed the execution by only a few minutes, but it was just enough time for the king’s messenger to arrive on site and let the executioner know that the man has been pardoned by the king. This story has given birth to an inspirational proverb saying, “there is hope in getting from one pole to the next”, encouraging people to never lose hope!

On the one hand, we need to experience the excitement of moving forward to feel alive. On the other, we might wish to avoid the pain of disappointment as well as that of success. This conflict might make hoping a complicated matter. Here are three ways to hope better.

First, it could prove invaluable to learn to enjoy the process, the movement on its own, without attachment to an outcome. Enjoying the process requires developing certain skills in addition to developing important insights into the meaning of life for each of us. The former involves presence and gratitude for what is-, as well as the ability to “slow down” and breathe. The latter involves learning about our deepest desires as a pathway to exploring what life means for each of us. Exploring the meaning of life for us can also help us in facing what might come up for us after reaching a goal.

Second, it is essential to develop an openness to criticism.  As much as we are much more inclined to enjoy the excitement felt when we anticipate something amazing is about to happen, it is important to also learn to listen to criticism around that amazing thing. Criticism can certainly come from other people, but it can also come from within. For example, if we get cold feet before doing something, it can speak to our doubts about our self, as well as to potential weaknesses in our plans, which will propel us to prepare better. In other words, viewing any type of criticism as a test to the “accuracy” of our hope will help us to plan better, get more desirable results, and experience less of the above-mentioned disappointment.

Third, the place of education in our process around hope is crucial. For many, the term educationmight bring up concepts such as school or formal trainings. In this context, however, education simply means cultivating our capacity to think scientifically—to research our paths and to notice the “evidence” as much as we can. When we base our hope in scientific findings, in facts that we learn about our journey, patterns that we notice, etc. — it not only diminishes the possibility of failure, but also improves our resilience in the face of failure. That is to say, since scientific findings evolve by trial and error, by allowing ourselves to experiment and see our attempts as trials and errors, we reduce our chances of reacting to them too emotionally or “taking it too personally.” In other words, those trials and errors are essential for developing our hypotheses and then establishing our research on educated guesses.  This, in turn, will give us a strong foundation on which to build our plans.

In sum, enjoy the process, listen to what your hope tells you, and learn from your journey. Happy Hoping!

I’m Hudad Toulloui, M.A., one of the therapists you could see at Wright Institute Los Angeles where we offer Affordable Therapy for Everyday People! Hudad is a doctoral candidate at the Chicago School of Professional Psychology. He conducts therapy both in English and Farsi (Persian). He previously trained at the Chicago School Counseling Center working with adults, college students, and children; conducting both individual and group therapy. He has also had experience administering neuropsychological testing and full-battery psychological assessments. He places special emphasis on providing his clients with a safe environment where they can gradually experience a wide range of their emotions, thus developing better insight into why they think, behave, or feel the way they do. He has also been passionate about being a LGBTQI rights activist, hoping that through education and advocacy, society will move towards more acceptance and tolerance of human differences.