Humanity in the Era of Technology

Our sense of self and our idea of true connection to others are shifting in our tech age. 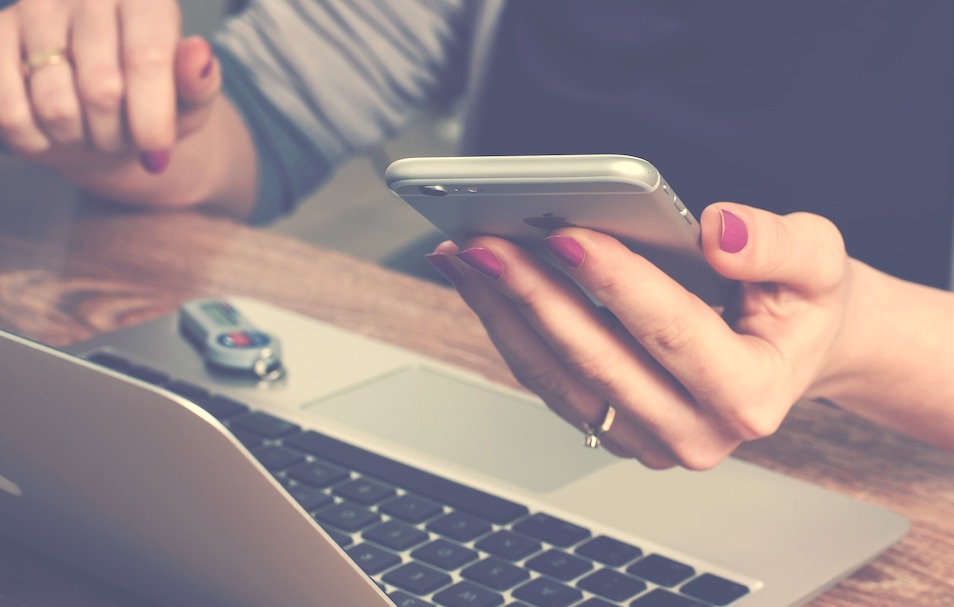 In the last decades, the introduction of technology, in the form of personal computers and smartphones, has revolutionized our daily lives. This innovation holds both the basis for creating a new identity in virtual thinking as well as the peril of losing oneself to a technology that has the potential to radically alter the reality we live in. To comprehend the validity of this threat of losing self to machinery, it might be helpful to go back to the early inception of modernization in human society. The industrial revolution in the 19thcentury gave birth to a technological and manufacturing world — the start of our current modern age. Virginia Woolf in her famous essay,” Mr. Bennett and Mrs. Brown” in 1924, speaks of the shift in human relation and human nature. She writes “… when the human relations change there is at the same time a change in religion, conduct, politics, and literature.”1She was referring to the evolution of the Western culture and warns people about the distinct changes in thought, behavior, and interpersonal relationships that industrialization has brought about. For example, the sift in the culture of communication in evident these days utilizing media such as Facebook, Twitter, Snapchat, etcetera in substitution to personal communication. A century later, the internet era is as an inevitable part of the continuum of industrialization and modernism. The digital age has offered a similar shift in our relationship to self and others. It is hard especially for digital natives to imagine their daily lives without today’s popular social media and modern technology.

The new technology has the promise of connecting people and brings closeness. A decade before, to connect with people abroad, sending letters and pictures via mail with no guarantee of delivery was the method of communication. If the letter was delivered, it would have taken a couple of weeks. Today, with the help of social media, one may take a picture and instantly send it across the globe, or shoot off an email with the assurance that the note would be delivered instantly. We utilize and greatly appreciate the power of technology that is being offered these days, however, we are also aware of the many disadvantages bestowed to our society by new technology. Many studies reveal unequivocal evidence of the adverse impact the digital age has on the human psyche in the form of constant distraction and manifestations of narcissism, personal disconnection and much more.2, 3 Specifically, giving undivided attention in a personal conversation with close physical proximity is becoming obsolete and true in-person communication with deeper personal connection is not a common practice for digital natives. Younger people are growing up in an environment of distraction, increasingly struggling to focus attention on one stimulus, which is altering the brain’s activity and thought process. Although someone online can connect to a larger crowd of people via the Internet, the promise of being able to count on friendship with responsibility and commitment is rare. Specifically, the friendship culture of social media might be constructing the illusion of a genuine friendship without the responsibilities and the “for better or worse” qualifications required for an intimate friendship. As far as cognitive changes are concerned, research suggests that the Internet has the potential to rewire our brains. From perception and memory to the highest level of cognitive functioning, surfing long hours on the Internet and playing games can have a substantial effect on our brain structure and functions with superficial learning and lack of in-depth critical thinking.

Finding our human choices in our technological life

To conclude, there are numerous advantages and disadvantages to our digital age. As with anything else, becoming increasingly aware of the effects of technology and being open to learning to practice balance and equilibrium as we use it are key. Instead of resisting the obvious omnipresence of technology, we could accept it with the conscious awareness that it might hold potential harm along with its many blessings. In other words, as we are living our lives online and offline, we can continuously practice freedom of choice and exercise control over external factors. By remaining committed to living mindfully and humanly, we give ourselves and our fellow community members the constant reminder that we are humans with very human qualities and liberties. This way, we can live alongside the “machines,” in mutual existence and respect, without losing our identities or sense of humanity.

I’m Raha Salehinia, Psy.D, one of the therapists you could see at Wright Institute Los Angeles where we offer Affordable Therapy for Everyday People!

Raha is a doctoral candidate at the California School of Professional Psychology. As a first-generation Iranian American immigrant who identifies equally with both cultures, Raha has adopted a strong commitment to fostering knowledge and appreciation of multiculturalism. Her ultimate wish is to embrace differences and live in a diverse society where we unite to promote justice, freedom, love, empathy, and conscious existence. Raha holds an interdisciplinary perspective appreciating traditional Freudian to more modern Lacanian approaches.