In honor of the Chinese New Year, let’s review some fascinating options that Chinese Medicine can offer. 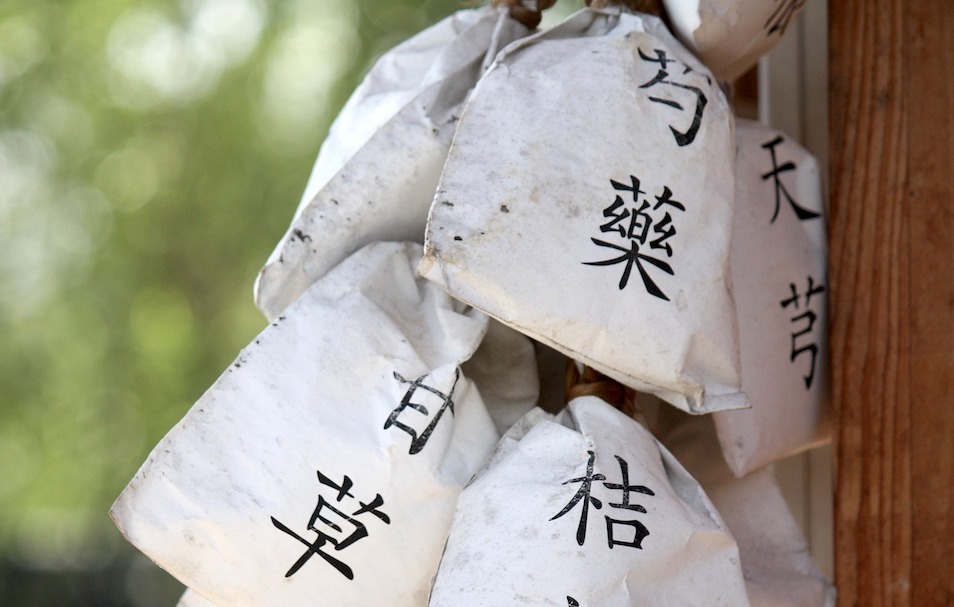 Traditional Chinese medicine (TCM) has been practiced for over two thousand years and has yet to fully retain its appropriate relevance in the dominion of medicine (Keptchuk, 2014). It has evolved over an extended period of time in treating and preventing health complications long before the inception of Western medicine (Chan, Tan, Xin, Sudarsanam, & Johnson, 2010). TCM is considered a valuable alternative sources of health care around the globe (Change et al., 2008). For example, in 1978, the World Health Organization endorsed the utilization of TCM in developing countries, which in turn, had encouraged the usage of this old approach to medicine in recent years around the globe in general (Chi, 1994).

Tai-Chi and Acupuncture — Philosophy and Application

The philosophy of TCM is based on the concept of harmony between two opposing forces that we all hold within us —Yin and Yang, two complementing energies alive in all parts of the cosmos. In this context, health is the representative of the harmonious balance between these two forces while disease represents the disharmony between the two (Keptchuk, 2014). This holistic approach to medicine with the effort to bestow harmony to the mind, body, and spirit, involves the use of herbal medicines and different form of body and mind practice such as Tai-chi and acupuncture (Keptchuk, 2014). Verhagen, Immink, van der Meulen, and Bierma-Zeinstra (2004) describes Tai-chi as a form of exercise derived from martial arts with an emphasis on physical fitness and the competence of self-defense. It includes flow-like movements, with a full range of motions and a shift of body weight from side to side, as well as cycle-like movement of the head and trunk, combined with relaxation and breathing technique. Acupuncture, which has been in practice as early as the stone age, involves the insertion of fine needles into points on the surface of the muscles in the body, which activate the small nerve fibers in the muscles and send information to the nervous system, endocrine (hormonal) system, and the limbic (emotional) system. Acupuncture works for a variety of treatments, such as analgesia, chronic pain, drug addiction, asthma, nerve regulation, cardiovascular effects and much more (Stux & Pomeranz, 2012). It is considered a very sophisticated and intricate system of treatment with the reduction of what is excessive, the escalation of what is lacking and circulation of what is stagnant in the body. This is in line with the philosophy of maintaining balance and harmony in the body (Keptchuk, 2014).

Herbal medicine is another major pillar of Chinese medicine (Change et al., 2008). Although there is a significant number in general of herbal formulations for medicinal purposes — as many as 380,000 spices of plant-driven substances — TCM uses a combination of the extraction of only about 20 different herbs that are being individualized for treating various symptoms of different patients (Mindell, 1992). These formulas are entirely custom-designed with the guidance of that same philosophy of maintaining and restoring the balance and harmony within the system of the body (Yuan & Lin, 2000). Due to the long history of the Chinese tradition of the Yin and Yang, many individuals practice a lifestyle around their belief in- and benefit from- herbal remedies in the promotion of the constitution of the human body and encourage balance and harmony within the system. That is to say, as more and more individuals outside of the Chinese and Asian communities begin to experience the benefits of Chinese medicine, we see more and more movement towards a general lifestyle change. Specifically, many folks begin to focus on balance in their bodily functions as well as harmony between their mind and body systems. Through such changes, which involve engaging in plant-based remedies and practicing mind-body activities, such as yoga or Tai-chi, more and more individuals find they rely on these Chinese models in addition to the benefits of Western medicine, or for some, instead of it. As with anything else, such fascinating new possibilities for physical and mental health call for our individual considerations and our unique needs as well as physical and mental capabilities. That is to say, if any of the information here inspires you to look further into the ways in which this age-old tradition can enhance your own well-being and balance, wonderful — just be sure you keep in mind your specific current states of mind and body, and integrate these new practices with the balance and caution with which they are meant to be used.

And so, in honor of the Chinese New Year coming upon us, treat yourself to further research into the compelling tradition presented here, and for bonus points, consider consulting with your doctor about your thrilling options for better health this year with the help of a millennia-old treasure!

Kaptchuk, T. (2014). The web that has no weaver: understanding Chinese medicine. BookBaby.

I’m Raha Salehinia, Psy.D, one of the therapists you could see at Wright Institute Los Angeles where we offer Affordable Therapy for Everyday People!

Raha is a doctoral candidate at the California School of Professional Psychology. As a first-generation Iranian American immigrant who identifies equally with both cultures, Raha has adopted a strong commitment to fostering knowledge and appreciation of multiculturalism. Her ultimate wish is to embrace differences and live in a diverse society where we unite to promote justice, freedom, love, empathy, and conscious existence. Raha holds an interdisciplinary perspective appreciating traditional Freudian to more modern Lacanian approaches.