Psychoanalysis and art share important pathways to increase connection to self, creativity, and resilience. 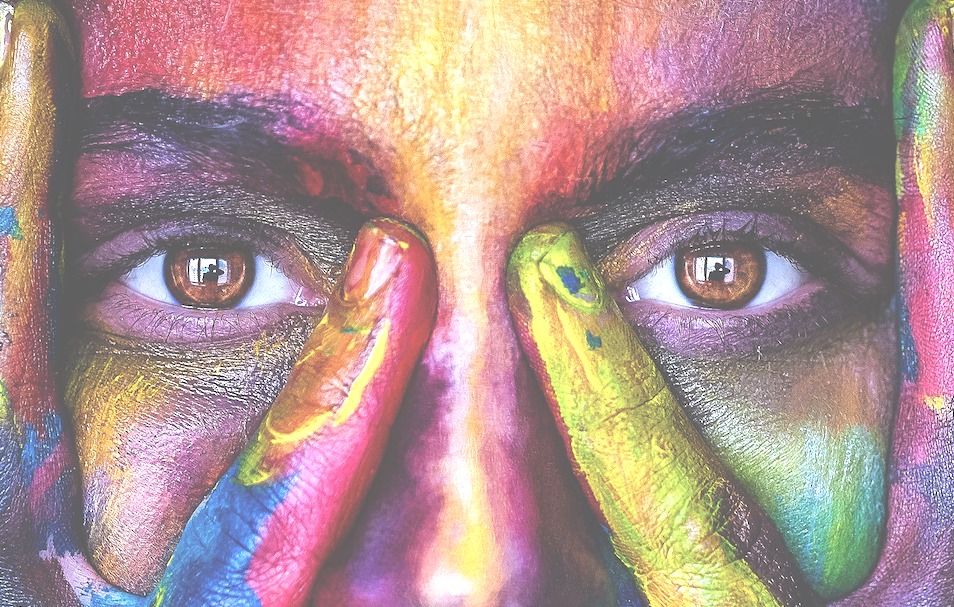 As both an artist and therapist who has spent many years engaged with psychoanalysis, I have often wondered about the connections between the psychological and emotional meanings of making my own art and the experience of being a therapist. What is the difference between these two engagements, and how might each process energize and revitalize the other? What do I get from each of them, and might then my patients looking for? For example, what does an artist crave from being in the studio alone in front of a canvas, that might be the same as- or different from- how it is like to sit face-to-face with a therapist in a conversation consisting of words? Which experience feels more invigorating, deeper, or healing?

Many artists perceive analysts with a degree of suspicion, and this is completely understandable. Some analysts don’t know how to work sensitively with creative artists. And some artists are afraid to begin therapy, concerned that uncovering the sources of their creativity might dry up their ideas and render them uninventive or unproductive. For this reason, the most common time an artist might enter therapy is during a creative block. Another common occasion is while experiencing frustration over in a pattern of endlessly repeating themes in their art practice without moving forward. This type of pattern was described by Freud described as the “repetition compulsion” response. Repetition compulsion is as an attempt to master or put some challenging memory or emotion under control, through recreating a circumstance similar to the one in the memory or one that would trigger the emotion. What often ends up happening is that the urge to revisit and keep attacking the painful material can sometimes simply repeat over and over again the difficult emotion and experience, without resolution or mastery. Not surprisingly, many engage in this repetition without the help of an analyst or another person who can help co-create an alternative path out. If, however, the artist opts to seek therapy during these periods of creative block or repetition compulsion, he or she can except real-time exploration and understanding of their current challenges as they relate to past and internal ones. For example, an analyst might help show the artist the unconscious sources of their creativity and levels of meaning in their art product, opening up the possibility for the artist to consciously choose whether to keep recreating the similar type of artwork continuously in the future. This type of insight can expand the types of possibilities available for an artist, opening up new paths and directions that might have previously been darkened or blocked.

What can the encounters between Salvador Dali and Sigmund Freud teach us?

Indeed, the relationship between art and psychoanalysis, for artists going to psychoanalysts for insight into their creative process, has a long history involving a mixture of distrust, insight, and often condescension from both sides.

In one of the more well-known examples, Salvador Dali, who was much indebted to work of Freud and considered him a father figure, met with the famed psychoanalyst in 1938 and showed him his painting Metamorfosis de Narciso. Freud, in general, respected the work of artists, thinking that writers such as Schiller, Shakespeare, and Goethe were visionaries that could show the way of the future for mankind. He had mixed feelings towards the visual arts and music, in particular, and largely held the surrealists in contempt; he considered them as a class of incurable nutcases who had interpreted his ideas much too literally. Freud took a special liking towards Dali, however, and wrote after their meeting that this Spaniard’s fanatical and candid eyes had made him reconsider his opinion. He felt that Dali’s unquestionable technical skill had encouraged him to understand further how these paintings had been composed. Freud did remark, however, that the painting revealed some serious problems from a “psychological point of view.”

At the heart of the matter are some large and fascinating questions: what do artists and psychoanalysts have in common with each other? Are there similar questions, directions, or terrains that cross the two disciplines? And what might we teach each other?

In my view, artists have many things that they can teach psychoanalysts. Many psychoanalysts believe that there is an art to analysis itself, and this topic could be and has been the subject of many articles and books. As for myself, creating art and practicing therapy have helped me to understand and express the nuances and subtleties of who I am and who my patients are. Each has contributed to an evolving process of deepening my experience with myself through the examination of thoughts, feelings, and images, and to my ability to articulate them. Both have given me a space and language to dream and experience hope, joy, and fresh ways to be in the world which can be communicated with patients. In my view, what really is shared between both art and psychology is that each offers hope, pathways for emerging resilience, and the courage to face the world with our own empowering and unique vision.

If you are an artist in profession, in hobby, or in consuming and enjoying it, and are pursuing psychotherapy, here are some questions you might want to reflect on. What about art and therapy appeals to you? How has art, therapy, or some combination of the two enriched your life? How do they feel the same? How do they feel different? In your next therapy session or art exploration, how might you bring into those moments your insights?

I’m Robert Frashure, MA, MFA, one of the therapists you could see at Wright Institute Los Angeles where we offer Affordable Therapy for Everyday People!

Robert is a predoctoral intern whose lifelong fascination with psychoanalysis has taken him on explorative journeys into the intersections of art, psychology, and social justice. As a photographer and painter himself, Robert draws upon the powerful creative capacities of our imagination, play, and fantasy during therapy. Some of his special interests include attachment theory, LGBTQ studies, and parenthood. Robert holds a B.A. degree in Art from Harvard College, an M.F.A. from California Institute of the Arts, and is a doctoral candidate at California School of Professional Psychology.