Given the historic resilience and resistance of the past year, does this International Women’s Day (IWD) feel especially exciting and momentous? 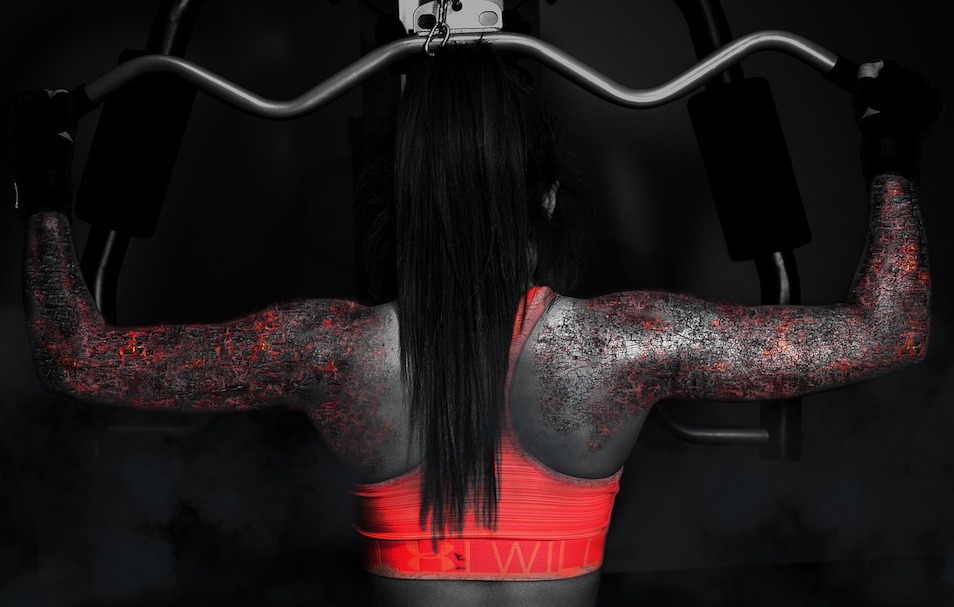 In the past year, there have been tremendous wins for women internationally, such as the repeal of marry-your-rapist laws in Lebanon, Jordan, and Tunisia, and Chile’s legalization of abortion under three circumstances (easing the country’s total ban on abortion).

For this piece, however, I’m going to focus on the surge in the resistance to and speaking out on sexual harassment and gender discrimination, particularly in the workplace, and the changes that have ensued.

Women’s voices have gotten louder and louder this past year, from the Women’s March to the #MeToo movement. In 2017, we witnessed countless women – and men – come forward publicly about the sexual harassment and sexism that they have endured, particularly at work. Their stories were echoed across the country, from Hollywood, Capitol Hill, Fox News, and Silicon Valley to Ford, hotels, restaurants, retail shops, and farms. Unfortunately, sexual harassment and gender discrimination are nothing new; they run rampant and are often swept under the rug or flat-out disregarded. Women have feared not being believed, being dismissed and ignored, ostracized, punished, and being fired from their jobs, and with good reason – that is exactly what has happened to many who did speak up! But they have had enough. We’ve had enough.

This year, we saw brave women in the male-dominated tech industry break their silence, catapulted by Susan Fowler’s February 2017 blogpost detailing the sexism, sexual harassment, and illegal retaliation she and other women at Uber endured. And then in October, following the sexual assault and harassment allegations against Harvey Weinstein, came actress Alyssa Milano’s tweet in October, kick starting the #MeToo movement, in which millions of women and men around the world broke their silence as well. It is important to highlight that #MeToo is not only about prominent White women in Hollywood; it is about every woman – every person – who has suffered sexual abuse or sexual harassment, and making sure others will not in the future.

Also, the phrase “Me Too” was not coined by Alyssa Milano but by activist Tarana Burke, whose movement had originally begun as an initiative for women of color who had survived sexual assault. It was “ultimately created to ensure survivors know they’re not alone in their journey.”[1]

You Are Not Alone

Oftentimes, survivors of trauma feel alone in their pain and in their darkness. According to the U.S. Department of Veterans Affairs, 94% of women who are raped develop PTSD symptoms within two weeks of the rape. Additionally, the National Women’s Study indicated that nearly one in three rape victims develop PTSD at some point in their lives.[2] Another common reaction to sexual assault and even to sexual harassment is depression, as well as shame, guilt, and anger. One could speculate that the silence evidenced in sexual trauma survivors could intensify these feelings, and a culture that encourages silence perpetuates the trauma further. Speaking up and speaking out may begin to break this cycle.

One of the biggest implications of #MeToo is the idea that survivors of sexual assault and sexual harassment are not alone. #HealMeToo is a beautiful campaign that emerged in response to #MeToo. Its mission is to raise awareness about PTSD and to provide sexual assault survivors with resources to heal. Psychotherapy is one, if not the primary, tool that the campaign advocates for healing. Dr. Joel Young, a psychiatrist and the Medical Director of the Rochester Center for Behavioral Medicine, encourages that “#MeToo can be the beginning of a reframing of the discussion of sexual abuse. It’s a powerful opportunity for mental health professionals to intensify their efforts to support survivors.”[3] According to a Refinery29 article discussing changes in therapy room conversations, therapists are not seeing an increase of the number of people seeking therapy following #MeToo, but they are seeing a change – a type of openness or expanded capacity – in the way their patients are talking about their sexual trauma since #MeToo. Some people are beginning to recognize that their mental health symptoms are a result of the trauma that they have experienced.[4] In other words, #MeToo may be creating a new opportunity for healing.

Sometimes it feels like it’s never ending, and you may feel really discouraged and upset by how many #MeToo’s there are. Or perhaps you are one of them, whether or not you have shared your story. Either way, you have every right to feel dejected, disgusted, and discouraged. Take care of yourself. And if that means taking a breather from all of this, do it! Rest, relax, replenish, rejuvenate! Go on a hike, do some yoga, go to therapy, take a nap (or two or three), binge-watch your favorite TV show(s), hang out with your friends and family (and your dog and cat). And when you’ve done all that, and you feel ready, come back – but only if you want to. Channel strong and inspiring women like Anita Hill, Betty Friedan, Malala Yousafzai, and bell hooks. You do not need to be a woman or a survivor of trauma or abuse to advocate for change. It doesn’t have to be some big demonstration. Let’s stand together. Let’s work to channel the brave women who have shared their stories – as well as those who are not able to.

Although there is much darkness to the realities that have been revealed, or rather recognized, this last year, there is also much potential for change and an abundance of energy in the air. And we are already seeing that change! On January 1st, 300 women in Hollywood launched the Time’s Up initiative to fight systemic sexual harassment in the workplace. What other positive changes did you see that were motivated by #MeToo, the Women’s March, or any other women’s movement of 2017?

Men can also get involved and use their voices to create change and support the movement. The #IWILLSPEAKUP campaign by the Joyful Heart Foundation and A CALL TO MEN calls men to end harassment and all forms of violence and discrimination against women and girls. As the CEO of Joyful Heart Foundation, Maile Zambuto, has astutely suggested, ending sexual assault and harassment is “not a women’s issue” but rather, “an issue of humanity.”[6]

IWD Past, Present, and Future

International Women’s Day is about remembering women’s struggles and celebrating their accomplishments. Maybe this IWD (and every day!) we can find ways to express gratitude to the women in our lives for whom we are thankful. And perhaps on this IWD, we can use the momentum of 2017 to inspire us to think about the struggles we have powered through, the accomplishments we have made this past year, and what changes we would like to make this coming year. How can IWD empower you?

To take the first step, it may be helpful to keep in mind the words of feminist and activist Gloria Steinem: “The story of women’s struggle for equality belongs to no single feminist nor to any one organization but to the collective efforts of all who care about human rights.”[7]

As part of the community work to heal and encourage women to speak out and share their stories, Women in Film has partnered with WILA to launch an entertainment industry-specific support group for survivors of sexual harassment. Together, we’re ensuring women at all levels of the industry are supported.

The Help Line is now partnering with Wright Institute Los Angeles to offer an important resource to survivors, particularly those who cannot afford expensive private treatment or who have inadequate insurance coverage. “Safe Space” is a free and confidential support group for women in the entertainment industry who have experienced sexual harassment, facilitated by therapists who specialize in empowering survivors of trauma and abuse. For more information, please click here.

Elizabeth is a doctoral candidate at the California School of Professional Psychology, San Francisco. She has experience working with adults, adolescents, and families on a range of issues, including trauma, substance abuse, depression and anxiety, relationship difficulties, and identity development. Elizabeth is particularly passionate about serving the LGBTQ community and other marginalized groups. She works with her patients from a psychoanalytic lens to help them develop more meaningful and fulfilling lives.