A later-life birthday can generate acceptance, that much has already been done and celebrated, and drive to grab life while one can. 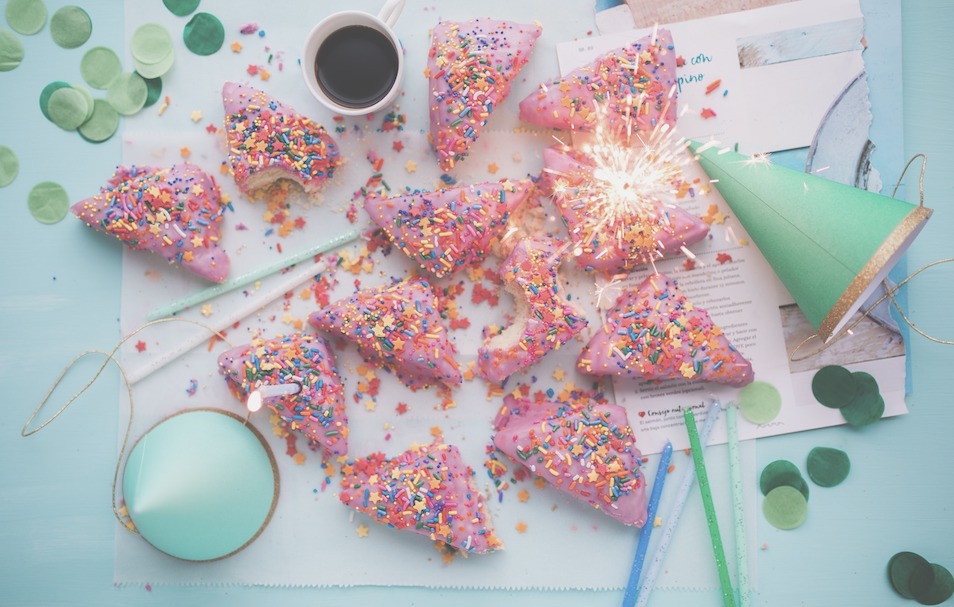 When we are children, birthdays are much anticipated events.  Our parents plan parties with friends and family in attendance.  Games, cake, presents, and much merriment surround the day. Both children and their parents anticipate with wonder what the future might hold for someone who has their whole life in front of them.  As young adults, these feelings linger with the idea that there is room for growth in relationships, careers, families and lifestyles.  The window still looks wide open.  What happens, however, when the majority of one’s life has already been lived?  What do birthday celebrations mean then?

This year, I had the opportunity to celebrate my 62ndbirthday on Thanksgiving.  I was actually born on Thanksgiving, and this synchronized celebration has occurred several times throughout my life.  This year,the simultaneous celebration had musical accompaniment, with loud and clear notes emanating from Thanksgiving’s teachings to be “grateful.”   At the same time, in keeping with my depth psychological training to balance positive and negative, aspirational and realistic, the numinous and the shadow, it seemed too simplistic to only listen to the explicit message—Be Grateful That You Are Alive.   There needed to be more—a nuanced look at what birthdays mean in later years.  So, I started to focus a more discerning lens on what one’s birthday might mean when the birthday clearly marks a steady approach to an “expiration date.”  In pondering the subject, I found myself drawn to the voice of a 73-year-old woman who participated in my research on finding meaning in later life.  When I asked her about whether she feared death, she exclaimed to me:

“No, my husband’s 76. I’m 73. We could die tomorrow. I’m not afraid of his dying. I’m   not afraid of my dying.” Furthermore, she went on to explain the idea of death serving as a motivator. She said, “It makes me anxious to get done what I want to get done . . .    because there’s a deadline. You’ve got a deadline. You get energized right before your deadline, right?”[1]

Those words reminded me that a birthday message in later life is akin to a summons to grab life while one can.  Yes, it’s true that there are more days behind me than in front of me.  At the same time, that can be seen as a motivator to move quickly with renewed energy and focus.  This idea that one can use a finite lifespan as a motivator also appears in the psychological approach of terror management theory. Martens and Peedicayil (2012) draw upon “terror theory” to argue that unconscious concerns about death enhance the need to view the world as a meaningful place.[2]  In other words, our conscious or unconscious awareness of our own mortality drives us to perceive and to create meaning in our lives. Frantz (2014), a beloved Jungian elder, elaborated upon this idea too in her writings about her personal experience with the aging process.[3]  According to Frantz, “we must each live our lives as though life is eternal, and quixotically we must be prepared for our death.”   It is in this reconciliation of opposites that we can be spiritually alive. She explains that “paradoxically those who want to live well have to learn to die well.”   Towards this end, Frantz believes it is important to acquaint oneself with the inevitability of death.

And so, acting on my mentors’ and peers’ insights, my gaze now rests upon the open window, which allows for continued growth and development amidst ongoing joy and laughter.  The motivator of the “deadline” propels me forward with renewed energy and vigor.  When I can muster the courage, I try to look as honestly as I can at both the positive and the negative valences of aging; on those occasions when I succeed, I feel both strengthened and emboldened.  The clear vision that emerges from taking off the blinders allows me, in my best moments, to be sincerely and authentically grateful for all the blessings of my ongoing life.

I’m Marcia Nimmer, Psy.D., one of the therapists you could see at Wright Institute Los Angeles where we offer Affordable Therapy for Everyday People! Marcia earned her doctorate at Pacifica Graduate Institute. Her research and writing has focussed upon finding meaning in the second half of life. She is drawn to helping individuals continue to grow and develop throughout the lifespan. Marcia sees post-midlife as time of great potential and wants to help individuals explore and find their full potential and whole selves.